A fairly common object to see in any museum collection or to find during a dig are beads, sometimes in vast quantities. The John Lipscombe Collection, formerly belonging to John Garstang’s daughter, Meroe, and recently donated to the Garstang Museum, is no exception, containing large amounts of faience beads from various Egyptian sites (e.g. Esna).

While they may not look like much on their own, faience beads have the potential, when analysed analytically, to answer questions about trade routes and the interconnections of regions and cities as well as the different technological choices being made by ancient craftsmen. This gives modern scholars the chance to peek into the mind of those in the ancient past.

This is possible due to the way Egyptian faience was made. Egyptian faience was the first man-made non-clay ceramic, with examples of this material dating back to the Predynastic Period, before the unified state of Egypt existed. Egyptian faience comes in a variety of different colours, possibly intended to imitate precious stones, but the most common colour is a blue or blue/green that is visually very similar to turquoise. It was the use of copper that created this turquoise colour, and beads of this colour form the majority of those in the Lipscombe collection. 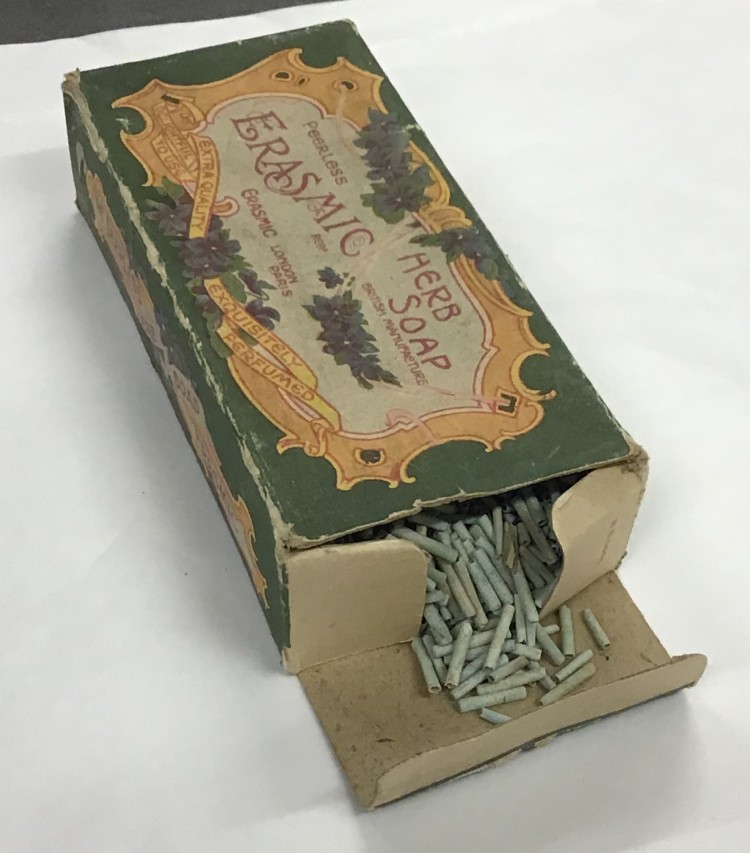 Egyptian faience was made by using a silica source (sand), an alkali (natrun from the Wadi Natrun near the Delta), and lime.  These ingredients were then ground together to form the body material.  There were three ways of making Egyptian faience, the Application, Cementation, and Efflorescence technique.

With the application technique, the ground together ingredients would be made into a paste like material that could then be shaped or pressed into a mould (and we have faience objects that look like they were mould formed in this collection too). 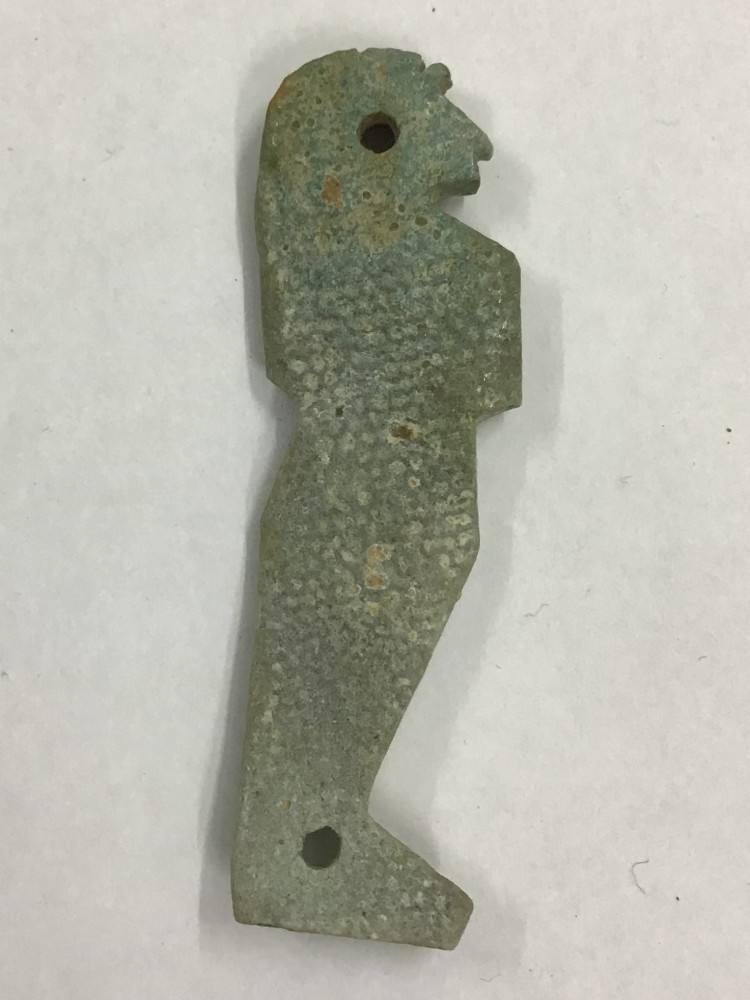 Then this form was dipped into a slurry mixture that formed the glaze.  This slurry was made of silica, an alkali, lime, and a colourant.  Once dipped the object would be left to stand.

Application method produced objects can sometimes be identified with a simple visual examination of the surface to see if there are any pools or runs of the glaze where it was stood up whilst drying before being fired at 800°C-1,000°C.

Cementation method uses the same glazing materials but instead of being a slurry is a powder.  The objects, rather than being dipped, are buried in a box of this powder so that during the firing process this powder would adhere to the surface of the objects.  It was a great way to make small objects like beads.

The efflorescence method involved the glazing material being mixed with the body material and then during the firing process the colourant would rise to the surface to leave the glaze.

It is these techniques that can be seen to be used across a wide time period and range of objects and shows how there was a choice in how these objects were made. So while beads are numerous and may look like they have little to tell us, a quick analysis of them can give us an insight into the processes involved and in some cases the complex choices that could go into making something as simple as a single faience bead.