Ancient Egyptian stelae are slabs of stone or wood which are typically inscribed with funerary and biographical texts and images. The Garstang Museum of Archaeology has a rather unique example of a Middle Kingdom (2055-1650 BCE) stela which belonged to a man called Amenysoneb. This stela dates to the 13th Dynasty (1795-1650 BCE) and was discovered at the site of Abydos by John Garstang in 1907. 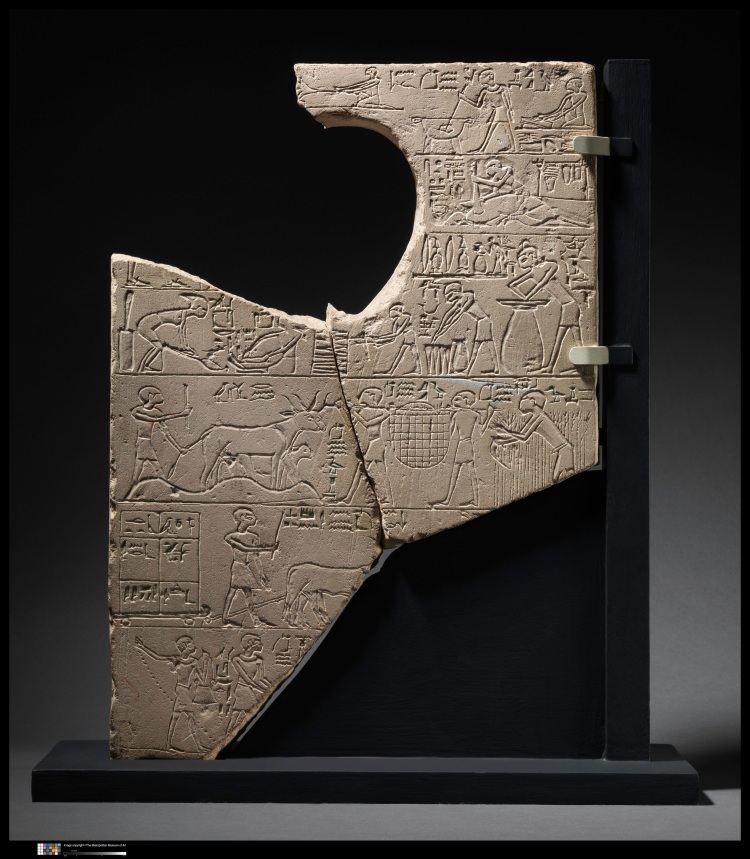 Abydos was a highly important religious and funerary site for the ancient Egyptians. During the Middle Kingdom, the Northern Cemetery at Abydos served as the primary burial ground for non-royal individuals. One area of the site was dedicated to cenotaphs and small ka chapels often containing stelae and ka statues and statuettes. These mud-brick cenotaphs were intended to serve as a place where the ancient Egyptians could commemorate their dead. They were a locus for the offering of food to the ka (soul) of the deceased so that they might be sustained in the afterlife. Not all stelae were placed in cenotaphs, some were erected along a processional route where cult activities honouring the god Osiris took place. 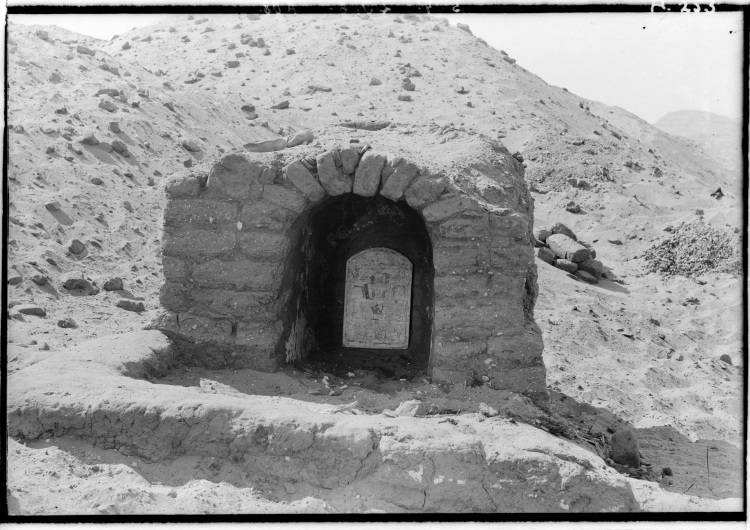 A stela in mud-brick chapel at Abydos, A.253. Garstang Museum of Archaeology

The stela of Amenysoneb is highly unusual for a number of reasons. The large ankh, perhaps the most eye-catching feature of this object, with the cut-out window is not a common feature of Middle Kingdom stelae. In fact, only five similar examples are known to exist. The double-sided decoration on the stela is also unusual, with most stelae only being decorated on the front side. Unfortunately, the stela is damaged with two corners missing.

The obverse of the stela shows the stela owner, Amenysoneb, on the left of the cut-out. He is raising his hands in adoration to the funerary god Wepwawet who is shown in jackal form above. Traces of paint are visible on Amenysoneb, with his body being painted red-brown and his collar a blue-green. The hieroglyphs above Amenysoneb’s head read ‘Adoration of Wepwawet by the regulator of the phyle (group of priests) of Abydos’, to the right they read ‘Amenysoneb begotten of Waemsha’.

Below this figure of Amenysoneb, is a women holding a lotus flower to her face. This is a common scene in Egyptian art as the lotus held religious and funerary associations. This woman is labelled as ‘His mother, the lady of the house, Nebetitef, the justified’. Below Nebetitef sit her son, Sainheret, and daughter, Nebetaneheh, the siblings of Amenysoneb.

On the right, two sisters of Amenysoneb sit at his feet and hold lotus flowers. Nenni, the lady of the house, sits underneath Amenysoneb’s feet next to her daughter. In the bottom register, the doorkeeper of the temple, Siankhenptah sits next to his wife Titiu.

The depiction of scenes of daily life is common in Egyptian tombs, but on stelae it is perhaps unique to this stela. These scenes were intended to magically provide for the deceased and their ka in the event that physical food offerings were lacking.

Amenysoneb held the title of ‘regulator of the phyle of Abydos’, and he was probably in charge of the rota of the priests at the temple of Osiris at the site. Two other stelae belonging to Amenysoneb are also known, although this is the most unusual and curious example.

Stela were erected where those visiting these sites would see them and speak the words written on them, so it might have interested Amenysoneb to know that as well as an Egyptian and Liverpool audience, his stela has also been seen by visitors to the Metropolitan Museum of Art, New York.